One of our motivations for moving to Ireland was a desire to be closer to nature. In our little corner of England, on the border between Essex and Suffolk, there was wildlife to see, but it was inevitably squeezed into the ever-shrinking green spaces between the ever-growing towns and cities. Our house in England was in a nice little village, a few miles from the county town of Colchester. But the countryside was flat uninteresting farmland, growing wheat, vegetables, or bright yellow oil seed rape, and the views were of distant hedges, small woods and vast skies. 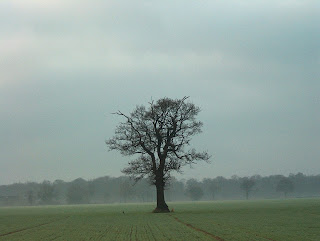 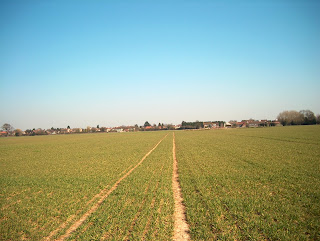 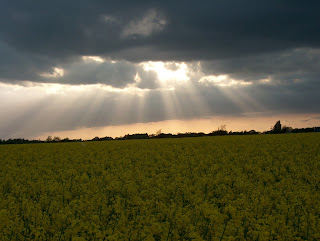 When I was out walking our dogs, there was beauty to see, provided I turned my back on the litter and pointed my camera in the right direction, but I had to shut my ears to the constant drone of traffic and aircraft. Even my favorite wood had just had its ancient heart ripped out, just to give some natural camouflage to a cell phone mast. 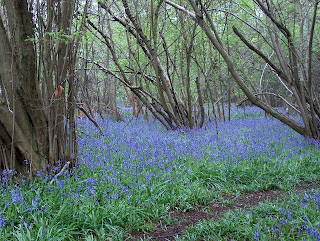 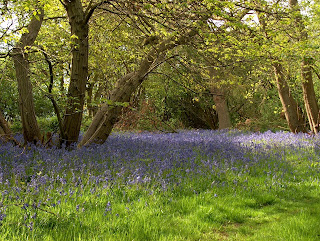 Of course, these thoughts are largely retrospective. At the time, Essex was our home, and we made the most of what we had. We were happy there. My wife Lesley had done wonders turning our grubby patch of overgrown scrub into a productive vegetable garden and sanctuary for some of the local wildlife. But, it was only when we arrived in Ireland that we appreciated what a privilege it is to stand on a vast moor and be truly alone, or walk in a wood where you are quite possibly the first human to make footprints. 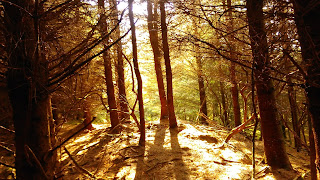 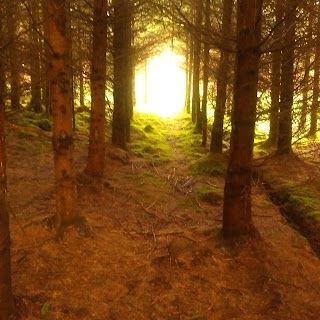 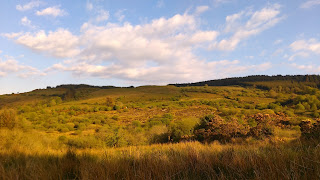 Once we were established in Ireland, I began to take an interest in our local wildlife. Lesley is very much the gardener. Her interests are more horticultural than mine. Sometimes her knowledge of flora and fauna seems encyclopaedic. I am always impressed when I point out some random plant at the garden centre and she can immediately summon the name and its history, although I sometimes suspect that she has just made up the names to humour me.
“Lesley, that’s a pretty flower,” I say, pointing. “What is it called?”
“Oh that?” she replies, “It’s a ‘Syllyarsehusband’ or ‘Hubsbanda-pratticus’ in Latin. It’s rather a gentle little flower. It thrives best when kept well-shaded and fed a little manure from time to time.”
“Well, it looks nice. Do you want me to buy one?”
“No need dear, I already have one at home and that is more than enough.”
My interest is more for wildlife, and the countryside – particularly if it contains a golf course. Although I enjoy taking photographs, apart from a brief dabble with a 35mm SLR camera thirty years ago, most of my pictures have come about through the convenience of carrying a mobile phone with a really good camera. But there are only so many places around our new home in Ireland where I can walk our dogs and many of the views, whilst spectacular and beautiful, were becoming routine. I wanted some action shots that didn’t involve our dogs chasing a ball, playing in water, or rolling in mud. I knew from my daily walks there was wildlife in abundance up at Glenmadrie. I’d seen the tracks and scat, so I was confident there were badgers, pine martens, pole cats, mink and deer to be seen. Recently, we’d lost several chickens to foxes, so they were around as well. But all of my sightings had been fleeting and distant, particularly when I was with the dogs. A mobile phone wasn’t suitable for distant pictures of nervous wild animals and an expensive SLR camera with a telephoto lens was financially out of the question, or so my wife told me. So what was I to do? Then I hit on the perfect solution. A wildlife trap camera is affordable and easy to use.
I’d seen these small camouflaged cameras used on wildlife television shows. They have sensors that detect heat and movement to trigger a camera that will record photographs and video, even in total darkness. I had to have one! So off to the interweb I went, taking my time to find the device most suitable for Irish conditions – which is code for robust and totally waterproof. After ten days of eager waiting and checking tracking numbers, I was the proud owner of a Victure IP66 Full HD Wildlife Trail Camera.
“Batteries not included,” I read. “Blast!”
It needed eight AA batteries. I only had two. Off to the shops.
Carefully following the instructions, that evening I positioned the camera near to our chicken coop, tested it was working, and waited. The following morning, I checked the memory card. All I had was several pictures of my dogs fooling around and rolling in the mud.
The next evening I took my camera into the forest, to a spot where I knew there was a badger set. I got nothing, not even a picture of a mouse. Each night I tried a different location and every time the result was the same. I was failing miserably. It was frustrating, and doubly so because I frequently found animal footprints at the exact spots where I had previously positioned my camera.
Three weeks and 64 batteries later, my enthusiasm was lagging in inverse proportion to my respect for ‘professional’ wildlife cameramen (and women). Talking of which…
We had tickets to see Colin Stafford-Johnson’s one man show in our local town. You may not recognize his name, but you will most likely have seen his work. Colin is an Emmy award winner, and one of the best wildlife cameramen in the business.


Lesley and I arrived at the theatre a little early. She went off to chat with a friend and left me to buy some refreshments. As I was queuing, I happened to notice the young man standing next to me. He was a short fellow, distinctively Irish, with a disturbingly familiar face. I have an excellent memory for faces, but an embarrassingly poor recall of names.
“Hi!” I said, “Fancy meeting you here.”
He frowned slightly and pointed to the counter.
“It’s where they sell the coffee.”
We both laughed. Not wanting to ask the obvious question and reveal my shameful memory, I played along, hoping that his name, or the nature of our relationship, would surface eventually. As luck would have it, I was starting to suspect he had also forgotten my name.
At one point we discovered a shared interest in nature photography and I mentioned my frustration with my new trap camera. The young fellow immediately suggested I should try using some bait.
“Experiment with some dog food to attract foxes and badgers, or peanuts for deer,” he said.
“Thanks,” I replied, “That’s a great idea.”
He was a polite and helpful lad, although several times he glanced over my shoulder as if he wanted to be somewhere else. Perhaps I was mistaken, or he was too polite to just step away. As the bell sounded for the start of the show, I had a wonderful idea.
“My wife’s just over there,” I said, “Why don’t you sit with us? We could chat some more.”
“Thanks, but I can’t,” he replied.
“I know the seating is allocated,” I countered, “but there’s usually plenty of space. Nobody will mind.”
“That’s very kind,” he smiled, slightly embarrassed, “but I’ll be on the stage.”
I had been talking to Colin Stafford-Johnson!
The show was excellent, both funny and informative. Here are a few links to some of his finest work:

And so, carefully following in the footsteps of the delightful and polite Colin Stafford-Johnson, I finally captured some video of foxes at Glenmadrie. Enjoy!