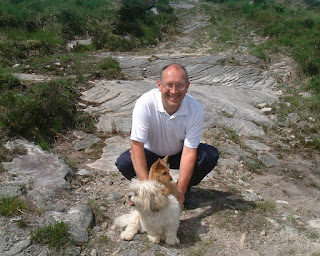 My bi-annual trip to England was long overdue. I couldn’t put it off any longer.
Although I love seeing my family and friends, since Lesley and I bought a ramshackle farmhouse in the rural west of Ireland, those trips back to my homeland have slowly slipped down the order of importance on my ‘to-do list’. I had a good excuse for delaying, I always do. This time I was writing another book; volume two in my Fresh Eggs and Dog Beds series. 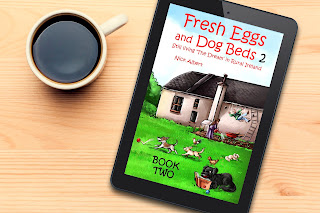 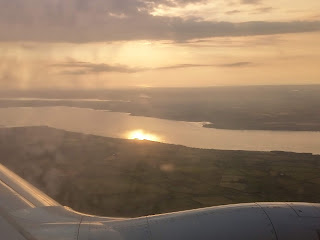 As usual, my wife was late picking me up at the airport, but I didn’t mind waiting.
“When I was ready to leave, I let the dogs out on the lawn so they could have a pee,” Lesley explained.
“Let me guess, Lady ran off?” Our ageing and profoundly deaf Foxhound has an irritating habit of deciding to launch a hunting expedition at the most inconvenient times. 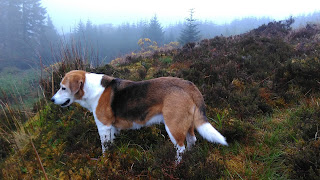 My wife huffed and rolled her eyes. “She spotted a fox near to the chicken run and that was it! Kia and Honey went with her. It took forever to get them back.”
“She’s just doing her job,” I explained, smiling.
“But I’m really late.”
I patted her hand. “Not to worry, I’m just glad to be home. I truly am.”
The roads were quiet, almost empty, even though it was early evening. We drove slowly through a small village, giving a friendly wave to a group of people enjoying an alfresco meal and a pint of Guinness.
“What are you smiling at?” Lesley asked, a few minutes later.
“That sign outside the pub we just past.”
“What did it say?”
“Veg of the day – chips.”

Lesley laughed. “Welcome back to Ireland!”.
***
Early the following morning, I took the dogs for a long walk up through the forest. Pausing for a few minutes to take some pictures, I delighted in the solitude. Up here high in the hills, miles from the nearest car, the air is fresh, thickened only by the heavy scent of pine and the humid aroma of peat and gorse. The butterflies and bees are in abundance and the birds compete with each other, not the roar of passing traffic. 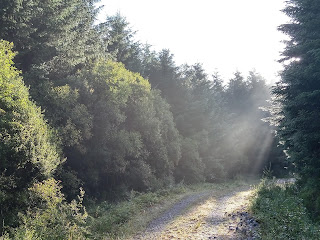 I breathed deeply and nodded. There is no doubt, moving to Ireland was the right decision. England isn’t a bad place, it’s just different. A throwback to a previous version of me. Somewhere I no longer fit. It’s not like Ireland, not like home. 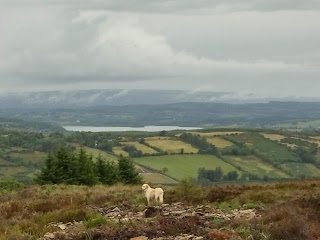 “I think there’s something wrong with the Rayburn,” my wife said, as I came through the kitchen door.
“What makes you say that?” I hung my coat over the back of one of our rustic pine kitchen chairs before dropping the car keys into the green bowl on the windowsill. I brushed my hand across the kitchen radiator. “It seems warm enough in here.”
“It’s working now,” Lesley admitted, “But when I turned it on, it made a horrid noise.”
I tipped an ear towards our claret red cooking range, listening for some anomaly.
“Sounds okay,” I said, nodding. “Perhaps it needs a service.”
Lesley rolled her eyes. “It’s not long had one.”
I frowned and scoured my memory. “Really?”
“Just after you came back from England.”
I snapped my fingers and nodded. “That’s right. Must have been around April time.”
“And the heating has hardly been on since then,” Lesley added.
“You’re right.” I bit my lip and turned my head, listening intently for any hint of a mechanical anomaly. Just then the Rayburn’s central heating unit roared into life, rattling the wobbly front plate, making conversation difficult, and filling our kitchen with the aroma of kerosene fumes. The effect was not dissimilar to standing rather too close to a jet engine. “It sounds perfectly normal,” I shouted.
My wife’s reply was drowned out by a sudden alarming rattle, like a dozen golf balls and three wine glasses bouncing around in a tumble dryer. I reached over and deftly flicked the off switch. With a wheeze like an asthmatic dragon, the boiler gradually slowed to silence.
“Definitely needs a service,” I conceded.
We had a cooking range at our previous house in England. It was as smelly and expensive as an unwanted house guest. Impractical and inefficient as a cooker, its main jobs were to heat our water and make our kitchen unbearably hot. On the upside, it made the best toasted cheese sandwiches. Two slices of whole meal bread, some grated mature cheddar and a generous dollop of Lesley’s finest homemade pickle, slapped together on the hotplate and trapped under the lid until you can hear the cheese sizzle. Delicious. Even now, the mere mention of a cooking range has me slavering like Pavlov’s dog. That being said, we had agreed we would never again own a cooking range. And yet, here we were. Of course, this one came with the house. 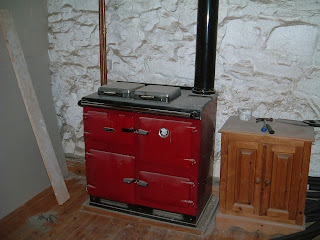 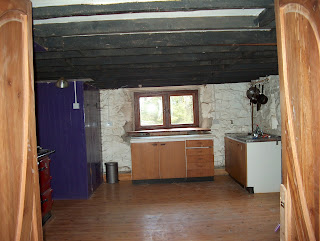 Most farm houses in rural Ireland have a cooking range. Manufactured by Aga, Stanley, or Rayburn, they are typically powered by solid fuel or oil. Our Rayburn has a hot plate, an oven, and a separate oil burner to heat our water and run the central heating. When we moved in, except for the cooking range, the kitchen was but an empty shell. During that first month, I called in a heating engineer to perform a thorough service and safety check on the red monstrosity. I wanted to know if the Rayburn should be replaced immediately, while I still had the opportunity. His report was hardly comprehensive.
“Ah, she’ll do grand.”
With that vote of confidence, we had set about building our new kitchen around the seemingly immovable hulk of the cooking range. I was quietly proud of the result. 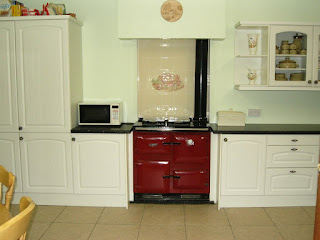 For several years the Rayburn performed adequately. As noisy as a helicopter, it leaked fumes like a flatulent grandparent and distributed its heat as grudgingly as Scrooge had shared his Christmas bonus. Nevertheless, we grew to tolerate our Rayburn, especially once we had installed a separate cooker which used bottled gas. With such modern technology at her fingertips, Lesley could cook an entire Sunday roast in the time it took the old cooking range to reach operating temperature. But now our Rayburn appeared to be dying. In desperation, I engaged the services of ‘The Boiler Doctor’. Mike was a tall blond-haired English guy, originally from Manchester, but a long-term resident of County Clare. He had a big white van and a small white dog.
“Can you fix it?” I asked, laying a loving hand on the hotplate.
Mike sucked his teeth and winced. Either he had a loose filling, or some bad news to share. I suspected the latter.
“Well, I probably can.” He stretched the first word to emphasize his reluctance. “But it will cost a good bit…”
“How much?”
Mike scowled like a truculent teenager, a gesture incongruous with his otherwise affable demeanour. I suspected he was trying to make a point.
“A lot. That’s always assuming I can get the parts, and you need several.” He tapped our cooking range with the handle of his screwdriver. “Rayburn bits are fearsome expensive and hard to find. A replacement pump will probably set you back €1,200, then there’s the other bits and fitting…”
“€1,200?” I gasped. “Good grief, it would be cheaper to buy another boiler!”
“Indeed it would,” he replied. “And the new boiler would be much more efficient.”
“Better for the environment?” I asked.
“For sure,” he replied.
“That’s good.” I nodded and smiled, thinking about how I was going to convince my wife of the need to wreck our kitchen.
Later that evening, I delivered the bad news.
“Can’t he just fix it?” Lesley exclaimed. “It’s a huge expense.”
“Not really.” I tipped my head to one side and shrugged, trying to convey my sadness at the passing of our Rayburn. “The new boiler will be much more efficient. It’ll pay for itself in no time.”
Lesley scratched her head and frowned. “I don’t know…” She cast her eyes towards the kitchen units surrounding the cooking range. “It’s going to make such a mess.”
“It will,” I admitted. “But I can soon put it right. We’ll have to get a few more kitchen units, repair the wall and ceiling, replace the bedroom wall–”
“The bedroom?” Lesley interrupted. “What has this to do with the bedroom?”
I grimaced and pointed upwards. “It’s the chimney, it goes through the ceiling here and behind the wall in the bedroom. I’ll have to take it out.”
“You?” she asked.
I grimaced and hunched my shoulders in defense. “As I built the kitchen, I’ve decided to do all the preparation work – removing the Rayburn, the chimney, and making good afterwards. It’ll save a bunch of money.”
“Can’t we just fix the Rayburn?” she pleaded one last time.
“I’m sorry,” I sighed. “Anyway, the new boiler will be much better for the environment. I’ll upgrade the radiators as well. The house should be much warmer.”
Lesley nodded, conceding the inevitable. “Okay. Let’s do it.”

The Rayburn consisted of a cast iron shell, interior, hotplate and doors, as well as two oil burners and a steel chimney. Total weight 400kg. It took me a week (and the skin of three knuckles) to disassemble and remove it and another two days to strip out the chimney. With the space cleared and the new (external) boiler delivered, Mike could begin the installation. Although he had worked in Ireland for many years, he was unprepared for the 36” thick solid granite walls at Glenmadrie. To connect the external boiler to the internal plumbing and electrics, Mike needed to drill two holes through the wall. This apparently simple task took seven hours, with two of us working in shifts – not including the hour we spent searching for his dog who had somehow become lost. Fear not, we eventually found her guarding the dog biscuits in our utility room. Somehow she had got locked in whilst exploring and was too embarrassed to woof for help.
By Saturday, Mike had finished the installation. Ceremoniously, we gathered in the kitchen alongside the heating controls.
“Would you like to do the honors?” Mike said to Lesley.
“What do I do?” she asked.
“Just push that little button on the right.”
“Shouldn’t I hit it with a bottle of champagne first?”
“I’d rather you didn’t,” Mike laughed.
Lesley extended a finger and touched the button. There was a click and the display glowed green. Other than an almost subliminal hum, there was no sound to indicate that the boiler was running.
“Is that it?” I asked.
Mike nodded. I put my hand on the radiator, it was already warming.
“Fantastic!” I said.
“But I can’t hear anything,” Lesley whispered, almost in awe. “It’s so quiet.”
“And efficient,” I added.
“It’s certainly better than the old boiler,” she replied.

Apart from the joy of having an efficient and quiet heating system, we also gained six feet of additional kitchen worktop and a goodly chunk of extra storage. It took a few weeks to source some matching worktop and units to repair the kitchen and the plastering certainly tested my DIY skills to the limit, but we got there in the end. 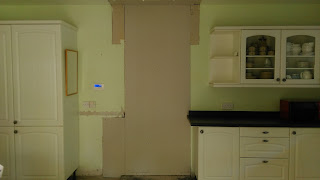 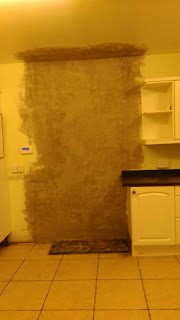 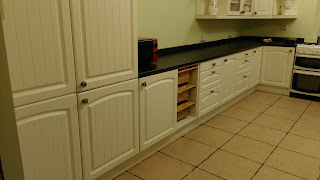 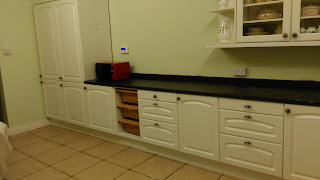 Our new boiler really is super-efficient, whisper-quiet and reliable. With the addition of some bigger radiators, we were ready to face whatever weather Ireland could produce – which was a good thing, as the winter turned out to be pretty cold! 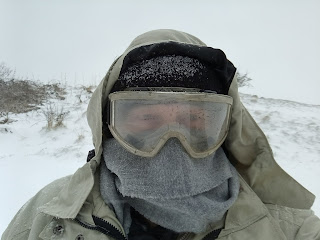 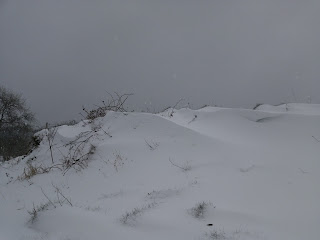 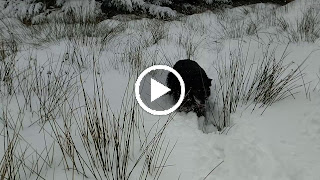 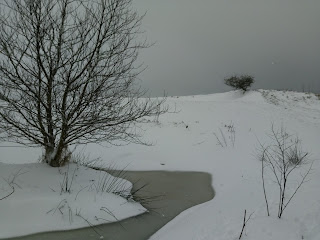